You are here! » Home » Explore the area » Paths » Religious paths » From Parma to Berceto along the Via Francigena

From Parma to Berceto along the Via Francigena 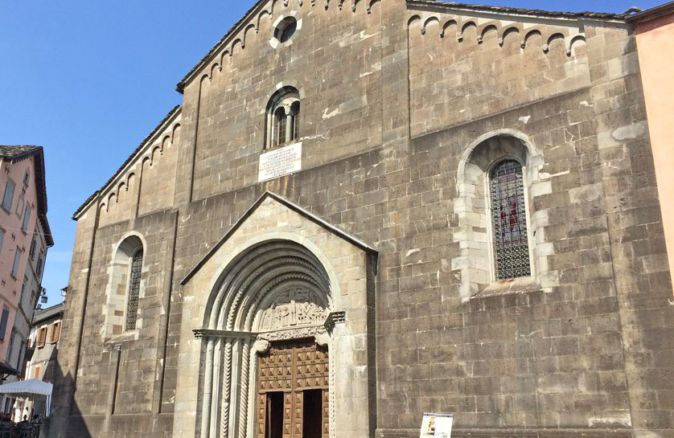 The Via Francigena (the Way of the Franks), also called Via Romea, was founded in the 10th century by Sigeric, the Archibishop of Canterbury at the time and used to be followed by medieval christian pilgrims bound to Rome who found shelter along the way in churches, convents and hostels until the tradition of pilgrimage began to decline with the Reformation in the 16th century and the disruption caused by European wars.

The Via Francigena runs from Canterbury through Calais, Rheims, Besancon and Lausanne, crossing into Italy at the St Bernard pass. It then reaches Rome via Aosta, Piacenza, Fidenza, Parma, Lucca, Siena and Viterbo.
The first stop of this itinerary in the province of Parma is Fidenza, where in the main square rises the beautiful Cathedral dedicated to St. Donnino, a mandatory stop for pilgrims during medieval times.
In the surrounding area the parish church of Cabriolo, dedicated to St. Thomas Becket, is also noteworthy.

After crossing Noceto, go on to Medesano, one of the main stops along the Francigena during the 11th century, and reach Fornovo, the last place for pilgrims to rest before the Cisa mountain pass. Actually, on the Romanesque facade of the church of Santa Maria, can still be seen a statue depicting a pilgrim pointing out the way.
Follow the road towards Terenzo and Casola and reach Bardone, ancient village with stone houses and a parish church dating back to 1005.

After a few uphill bends, you will get to Cassio, still crossed by the old pilgrims way made of stones.
Last interesting stop along the Via Francigena is Berceto with its
Cathedral of St. Moderanno, who was the abbot here in 719.


Warning: arsort() expects parameter 1 to be array, null given in /home/customer/www/parmawelcome.it/public_html/wp-content/plugins/luoghi/qpc-luoghi.php on line 290

Warning: array_reverse() expects parameter 1 to be array, null given in /home/customer/www/parmawelcome.it/public_html/wp-content/plugins/luoghi/qpc-luoghi.php on line 291

Warning: Invalid argument supplied for foreach() in /home/customer/www/parmawelcome.it/public_html/wp-content/plugins/luoghi/qpc-luoghi.php on line 293