You are here! » Home » Explore the area » Museums and places of interest » Churches, baptisteries » Sanctuary of the Madonna di San Marco

the church is open every day from 9am to 7pm. Museums are open all year long by prebooking. 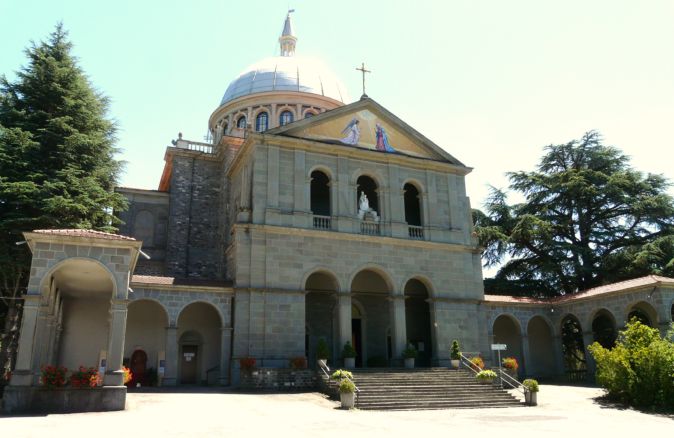 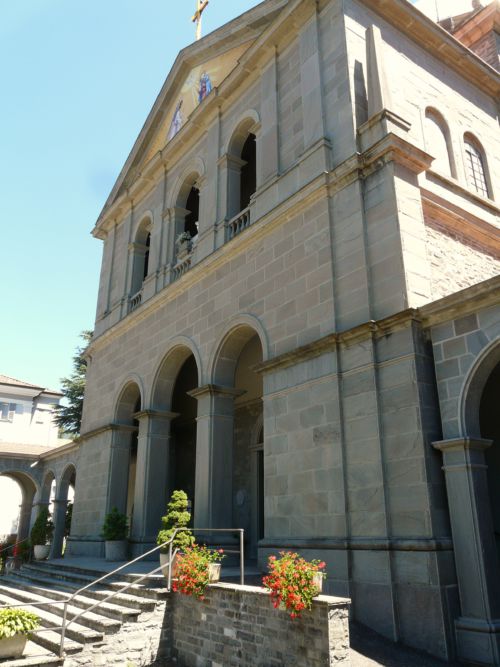 the Sanctuary of Bedonia, was built towards the end of 1685 by tenant Marco Lezoli, who wished to dedicated to his patron saint a church on the hill of St. Marc.

Decorated with images of Mary’s life, the ancient Sanctuary has only one nave, once encircled by a porch now left only around the facade.  Frescoes on the vault depict bible episodes surrounding St. Marc. The wooden Madonna, known as Madonna of the belt or Madonna of consolation, that used to be kept next to the altar, is now in the Basilica, while the original marble altar is situated in the Crypt.

The vault was completed only in 1955, thanks to the support from emigrants who had left this land and in 1978 Pope John Paul I transformed it into a Minor Basilica, now visited by many pilgrims devoted to the Madonna.
Already in the first half of XIX secolo in Bedonia rose a Catholic school directed by Don Giovanni Agazzi with students from Val Taro, Val Ceno, Diocesi of Parma, Pontremoli, Bobbio, Chiavari. The school begun very famous and since many clerics were there it was necessary an useful building. This idea was by Don Agazzi and by the Archpriest of di Bedonia Don Stefano Raffi, the founders of the seminary. 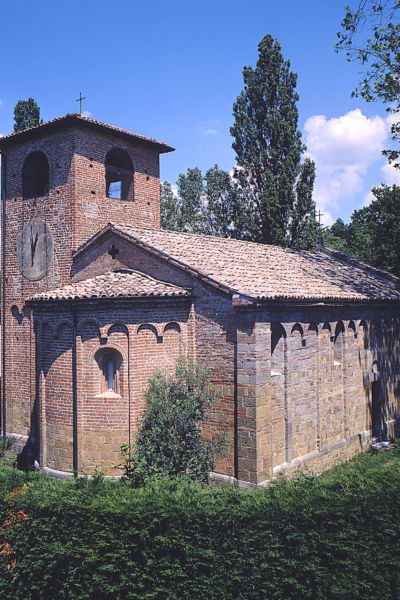