You are here! » Home » Explore the area » Museums and places of interest » Churches, baptisteries » Parish churches of the lowland 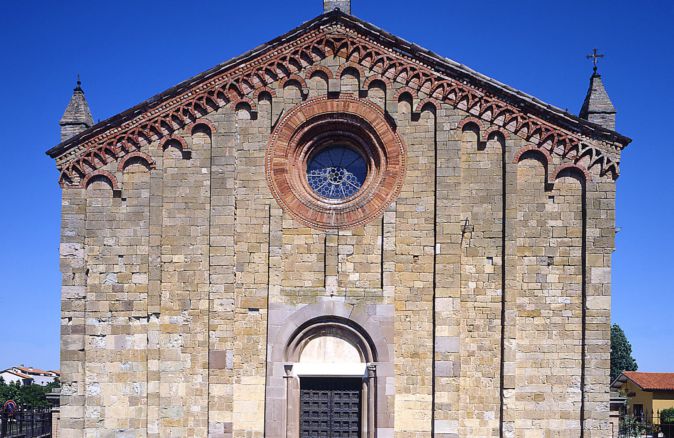 The parish churches took on great importance for the villages, becoming points of reference for religious life, so much so that for many centuries they remained the only buildings with a baptismal font and cemetery.  Today the parishes have become the symbol of the religious history of Parma and, due to their location in panoramic points, they represent an excellent opportunity for walks and excursions to discover hidden and suggestive corners.

Parish churches of the lowland:

Parish church of Basilicanova: named after St John the Baptist, it was totally burnt down by a fire in 1334 and rebuilt in1521. Byzantine style patterns were added in 1915 while the belltower dates back to the end of 18th century.

Parish church of Carignano: named after St Peter the Apostle, it boasts an exquisite facade dating back to 1741. The main body of the church, built at the beginning of the same century has one nave and three side chapels.

Parish church of Colorno: first mentioned in a document in 1004, quoting the donation of a mill made by the Bishop of Parma to the parish of St John the Baptist, we later find it in a record of the year 1230 named after St Stephen. It was probably around the second half of 16th century that the church of St Margareth became the new parish church, still showing today its late gothic style features dating back to 1512.

Parish church of Gainago: at the end of 13th century the basilica was divided into one nave and two aisle. Nowadays, the only original parts left undamaged are three semicircular apsides surmounted by18 loopholles.

Parish church of Madregolo: named after St Martin and totally rebuilt in 17th century, it still bears witnness of its origins thanks to the stone walls and the four capitals once adorning the pillars of the interior.

Parish of Malandriano:showing features of 17th century style, it is divided into a nave and four side chapels with barrel vaults and a semicircular apse. Pieces of furniture are mainly of the 18th century.

Parish church of Noceto: named after St Martin it was built in 1162, at first with four altars, and later enlarged creating one central nave between 1700 and 1750, due to the growing population of the village. The present façade dates back to 1875.

Parish church of San Genesio: 3 kilometres from San Secondo, this basilica was built in the middle of fields in the 10th century.

Parish church of St Vitale of the monks or of Pedrignano: set a few kilometres north of town, it used to be the place for recreation and hunting for benedectine monks of St John the Evangelist’s monastery.

Parish church of San Pancrazio: showing a typical plan of the early Middle Ages, it has the shape of a basilica with three naves and as many apses. Even though a few patterns are still visible, alterations have radically changed its original shape.

Parish church of San Prospero from Quingento: first records of a church in this place date back to the 10th century, when it used to be an important stop along the Via Emilia linking Parma to Bologna. The present church, with vestry and rectory, was actually built in the 18th century.

Parish church of San Quirico: one of the oldest parish churches, it took on great importance since the 13th century. The cusp of the façade and single-lancet windows on the nave walls are the only elements left of the previous Romanesque church.

Parish church of San Vitale Baganza: rebuilt after an earthquake in 1834, the curch dedicated to San Pietro is recorded in documents since 1230, a time when the parish also included four oratories.

Parish church of Sorbolo: dedicated to Saints Faustino and Giovita, it was restored in the 70’s, when works brought to light an apse and the socles of two Romanesque pillars belonging to a previous building.

Parish church of Vigatto: its present shape, with a nave and three chapels on each side, a vault and final apse is due to Archpriest Innocenzo Evangelista, who had it rebuilt between 1792 and 1793.