You are here! » Home » Explore the area » Museums and places of interest » Churches, baptisteries » Parish churches of the hills 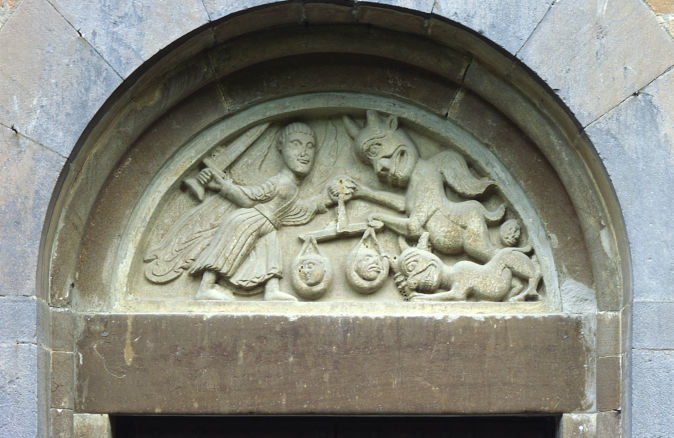 The parish churches took on great importance for the villages, becoming points of reference for religious life, so much so that for many centuries they remained the only buildings with a baptismal font and cemetery.  Today the parishes have become the symbol of the religious history of Parma and, due to their location in panoramic points, they represent an excellent opportunity for walks and excursions to discover hidden and suggestive corners.

Parish church of Arola: dedicated to San Martino, it is also known as the Old church. The only original features can be seen in the facade: two full centre arches and a pilster on the side.

Parish church of Barbiano: dedicated to Sant’Antonio or San Antonino Martire and also known as Ciriana, it is located on a hill with a striking view. Except for the lower part of the bell tower, the present building was totallty rebuilt in 1775.

Parish church of Basilicagoiano: almost nothing is left of the ancient church dedicated to Santo Stefano, as the only nave and four side chapels all date back to the 16th and 18th century.

Parish church of Bazzano: one of the oldest churches in the province of Parma, its property was claimed along the centuries by both Parma and Reggio Emilia. Dedicated to Sant’Ambrogio, it still shows its medieval features in the facade, three naves and octagonal baptismal font.

Parish church of Cabriolo: dating to the 13th century, this building made of bricks dedicated to the Archibishop of Canterbury Thomas Becket has a square plan and just one nave. The eastward apse, still belonging to the original church, can boast a 14th century fresco of Giotto’s school.

Parish church of Talignano: built between the 11th and 12th century, whose main featurea are a simple rectangular plan, one semicircular apse and square belltowers.

Parish church of Cusignano: restored in 1746, the church still hides behind a neoclassical facade its original Romanesque features, still evident in eight pillars of a nave.

Parish church of Lesignano Bagni: dedicated to the Archangel Michele, patron of the village, it was almost entirely destroyed in 1405 then rebuilt in the Romanesque-Gothic style, spoiling and hiding almost totally the original features.

Parish church of San Michele Cavana: although heavily altered by refurbishment works, this church made of sandstones and blue silica still preserves its original latin cross plan with transpet and one nave closed by an apse. In the same way, the former Abbey, now transformed into a rural building and cellar, still preserves the refectory with ribbed vault, gravestones and chapter house.