You are here! » Home » Explore the area » Museums and places of interest » Churches, baptisteries » Parish church of St Ambrogio 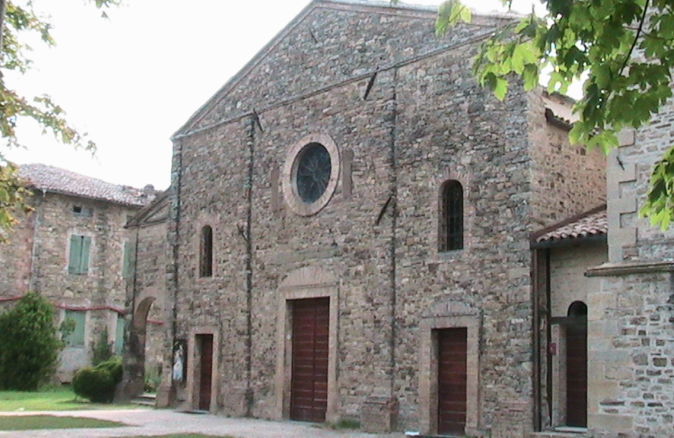 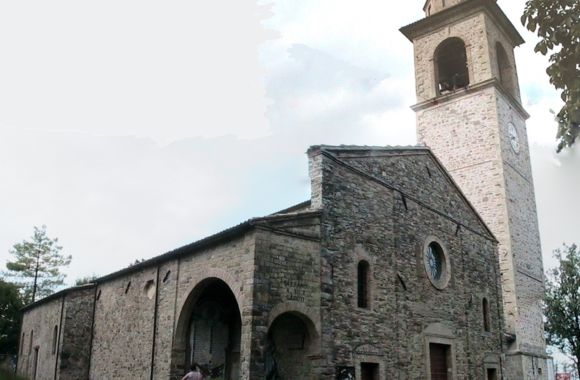 First mentioned in 901 AD, the parish church of Sant’Ambrogio, located in Bazzano, was later quoted in the deed of gift of Bishop Sigifredo II.

In 1230 seven chapels were under its jurisdiction: Vedriano, Roncaglio, Monchio delle Olle, Neviano degli Arduini, Compiano, Rivarola, Castione Baratti, and then Provazzano.
The present church was built at the end of the 17th century and restored at the beginning of the 20th century.
A baptismal font remains of the original building, in the first side chapel on the left. Its octagonal shape had in the middle age deep symbolic meanings: the octagon, a mix of square (symbol of the earth) and circle (symbol of the sky), represented the whole universe. Moreover, according to a text by St. Ambrogio, the number eight is linked to the baptism, birth to the true Christian life, as Jesus Christ resurrected the eighth day after his entrance in Jerusalem.

This monolithic sandstone, shows on its eight faces graven images, separated by angular mullions, leaning on a circular base.
The mullions support decorated capitals with leaves of acanthus and vegetable motives, leaves and interlacements, recalling features of the Lombard tradition.
Entering the chapel we find on the right: the Blessed Virgin of The Annunciation, St. Giovanni Battista, Christ, two doves, the Agnus Dei, a clergyman, a lion holding a snake among jaws.