You are here! » Home » Explore the area » Museums and places of interest » Churches, baptisteries » Parish church of Santa Maria 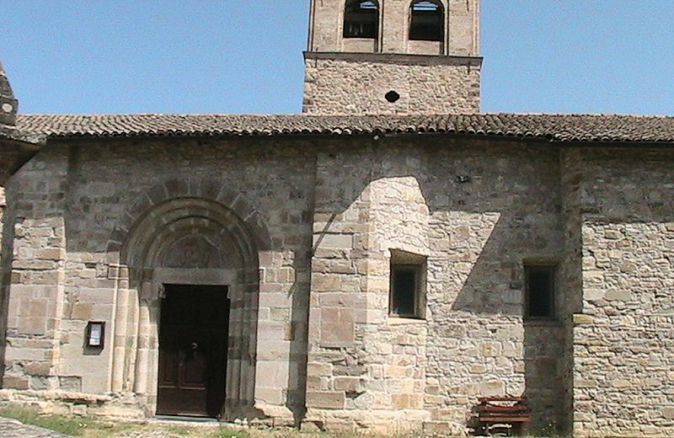 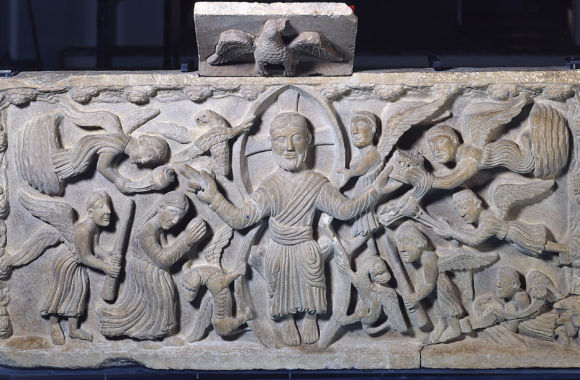 Encircled by the small village of Bardone, the parish church of Santa Maria is one of the most striking pilgrims’ stops along the Francigena way.

Dedicated to Maria Assunta, it was built in the mid 11th century, the same time of the nearby parish church of Sasso. Extended in the 12th century and accurately ristored in 20th century it only preserves a few original walls and an apse as well as two carved stones depicting the Glorification and Deposition.

Even though the present building dates to the 16th-17th centuries, all suggests a very early foundation in the 7th century.
A considerable variety of architectural styles is now the main feature of the church, boasting sculptures attributed to Antelami’s school dating to the 12th-13th centuries.

A Madonna with child and a Saint is depicted over the portal on the right side of the church while two marble lions once resting outside the portal are now inside the church next to the font. And demons and devils carved in the pulpit are there to remind sinners to give up vices and temptations before entering this sacred place.
Nevertheless, the unmistakable masterpiece in the church is the Deposition from the Cross, the same subject chosen by Benedetto Antelami for the Cathedral of Parma.