You are here! » Home » Explore the area » Museums and places of interest » Churches, baptisteries » Cathedral of St Moderanno

open every day in Winter from 8am to 7pm, in Summer from from 8am to 8pm. Guided tours by prebooking calling don Giuseppe Bertozzi. 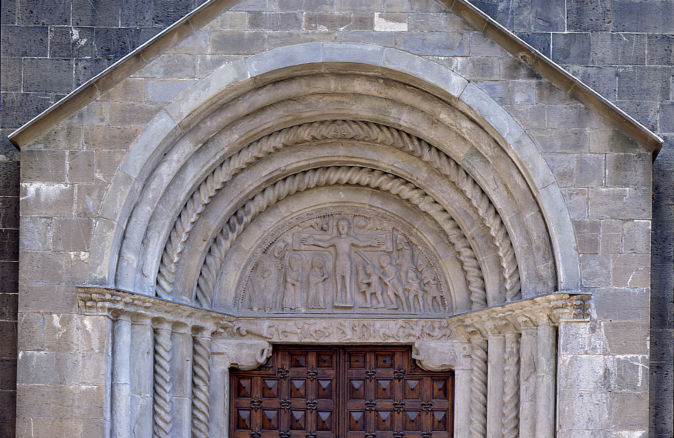 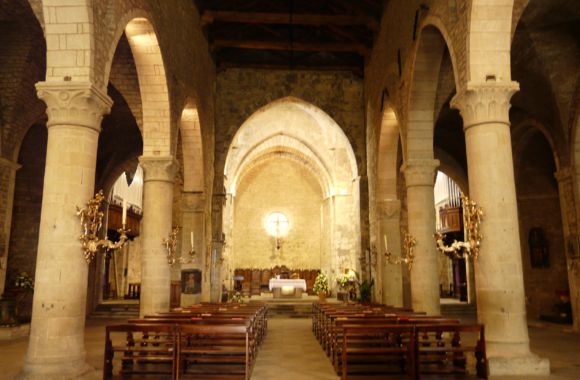 The Cathedral is devoted to St. Moderanno, who was abbot here since 719. Rebuilt between the 12th and the 13th century, the church still shows Romanesque features despite alterations undergone during the 16th and 19th century.

King Liutprando had this church and Benedectine monastery built at the beginning of the 8th century on the spot of the ancient church of St Abondio, at the top of Mount Bardone. A small abbey later extended by French bishop Moderanno, who settled there in 719. Still belonging to the original building, reconstructed in 15th century with a three nave plan, are the main portal and the lintel and lunette on the north side.

The façade in sandstone dates back to the restoration of the 19th century, but it nevertheless preserves the precious 12th century portal with fanlight and reliefs lintel. The severe interior divided into three aisles is rich with works of art.

Museum of the Cathedral: in the third chapel on the right is the entrance to the treasure of the Cathedral, preserving precious pieces of furniture and liturgical objects: banners, lanterns, crucifixes, statues of devotional value, reliquaries, wooden statues, chalices,bells, ornaments of the altar of the ’20s. Noteworthy are St. Moderanno’s green silk vestment dating back to the 8th-9th century, a wine glass (1517) chiseled with vine tendril and leaves of acanthus motives and a wine glass origin found in a grave inside the church.