You are here! » Home » Explore the area » Museums and places of interest » Castles » Castle of Montechiarugolo 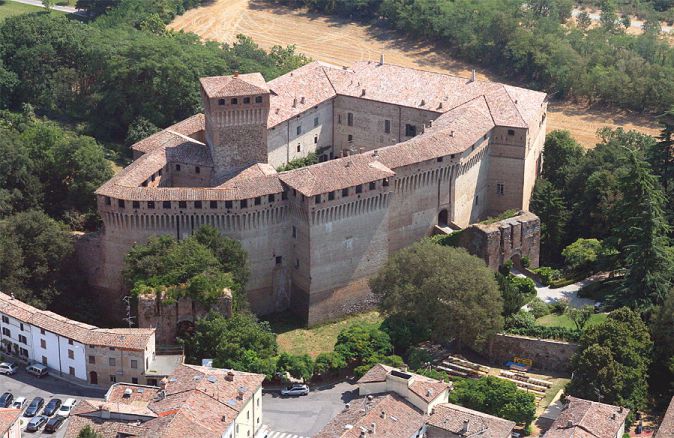 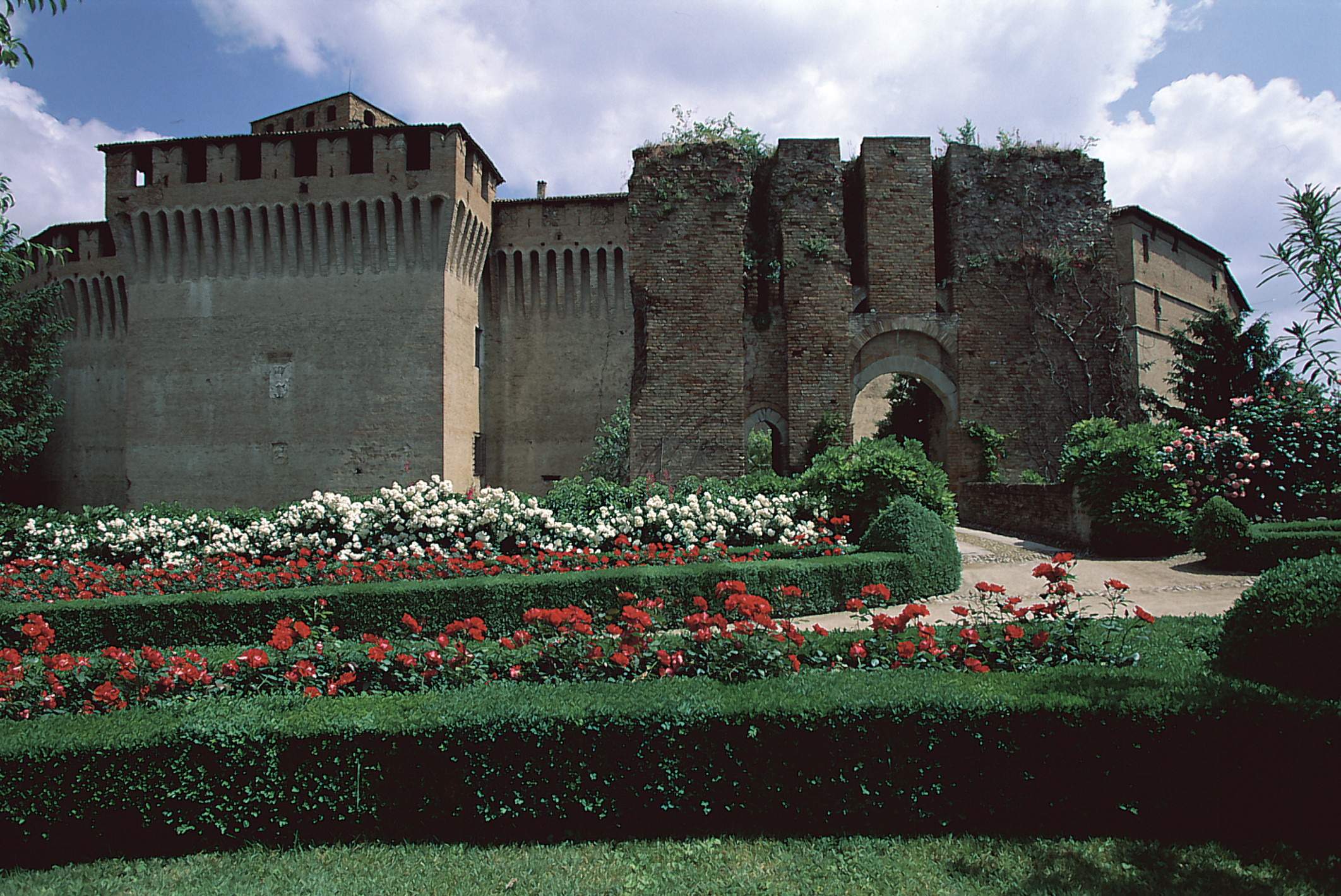 Probably built in 13th century, this fine example of fortress and mansion rising on a rock above the Enza river still retains a few openings and high walls with jutting escarpment. It was first conquered by the Sanvitale family, then by the Visconti, the Terzi, the Torelli and lastly by the Farnese. It was Pomponio Torelli, an important humanist, that in 1406 undertook the reconstruction of the fort, enriching it and giving hospitality to painters, musicians and men of letters.

From the courtyard, reached via a bridge over the moat, a doorway leads to a huge vaulted hall, decorated with frescoes, heraldic emblems and grotesques attributed to Cesare Baglione. Also in the Sala degli Elementi vaults are spangled with putti scattering flowers, attributed to a local 17th century painter. The bedroom is decorated with allegories of human endeavour and representations of the stages of day in the lunettes, dating back to the end 16th century. The fort also contains a collection of archaeological finds unearthed in the Parma district. From a beautiful loggia visitors can enjoy a magnificent view of the Enza valley and the castles of the Canossa family.

The castle has been set for some scenes of the third season of the tv serie I Borgia. 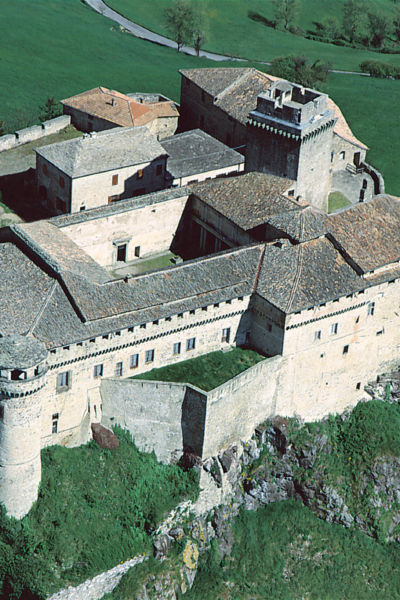 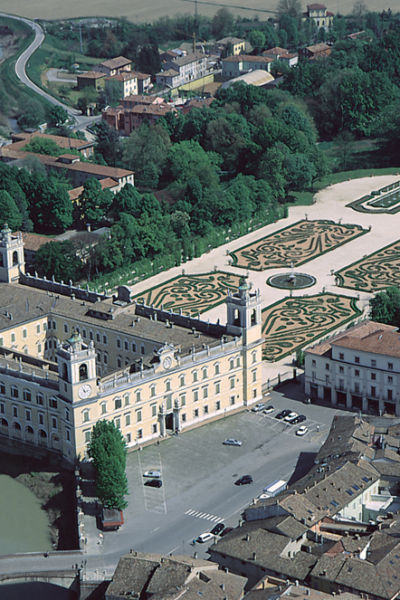 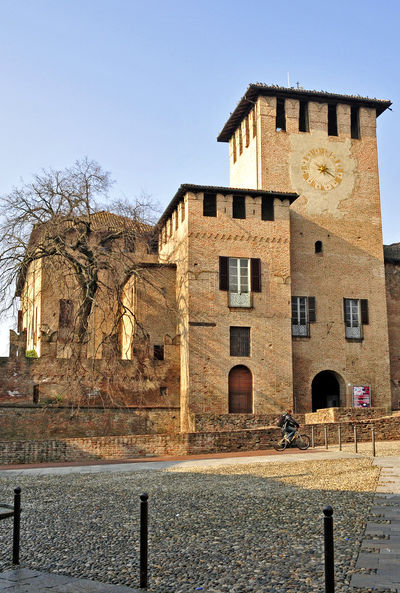 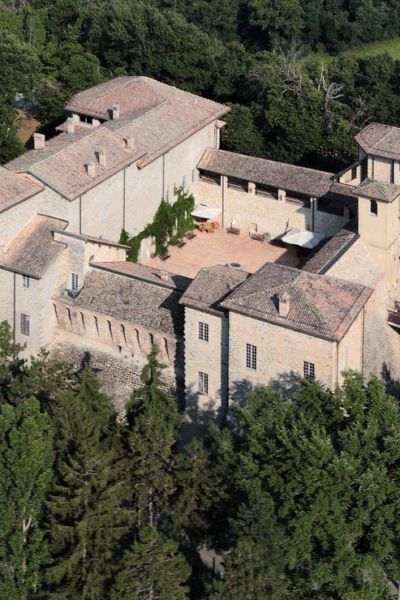 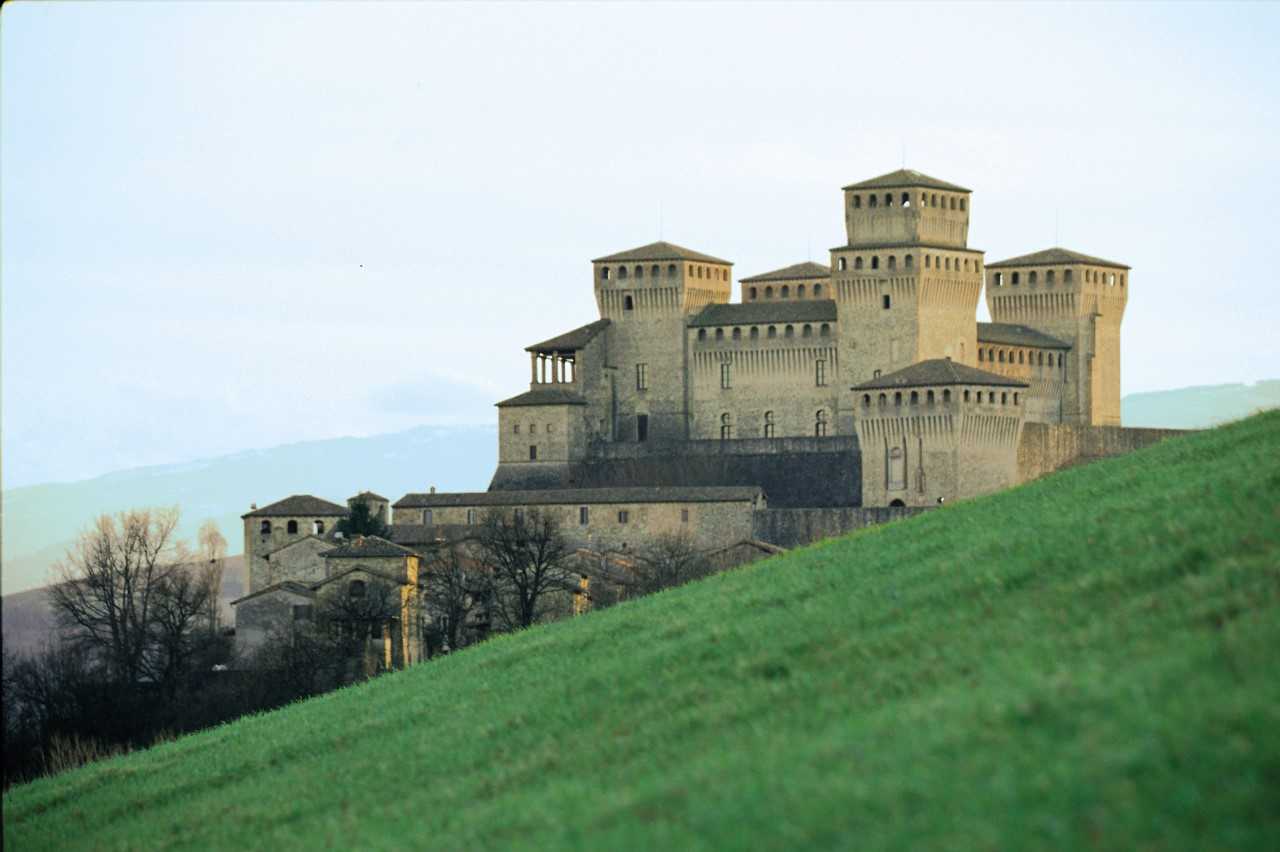 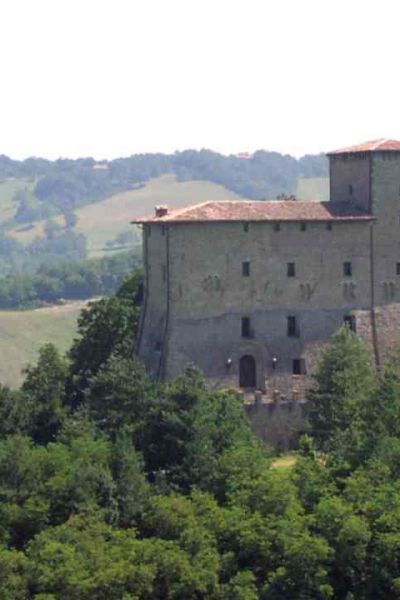 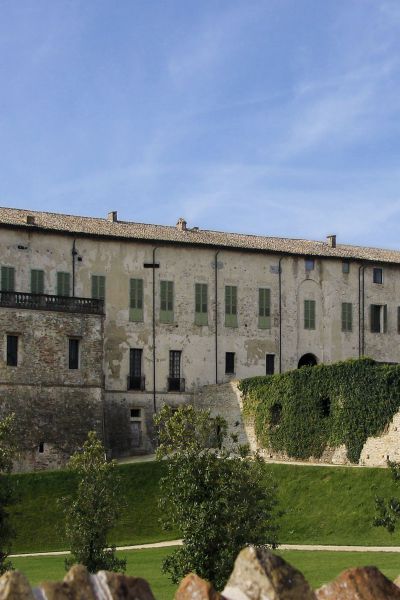 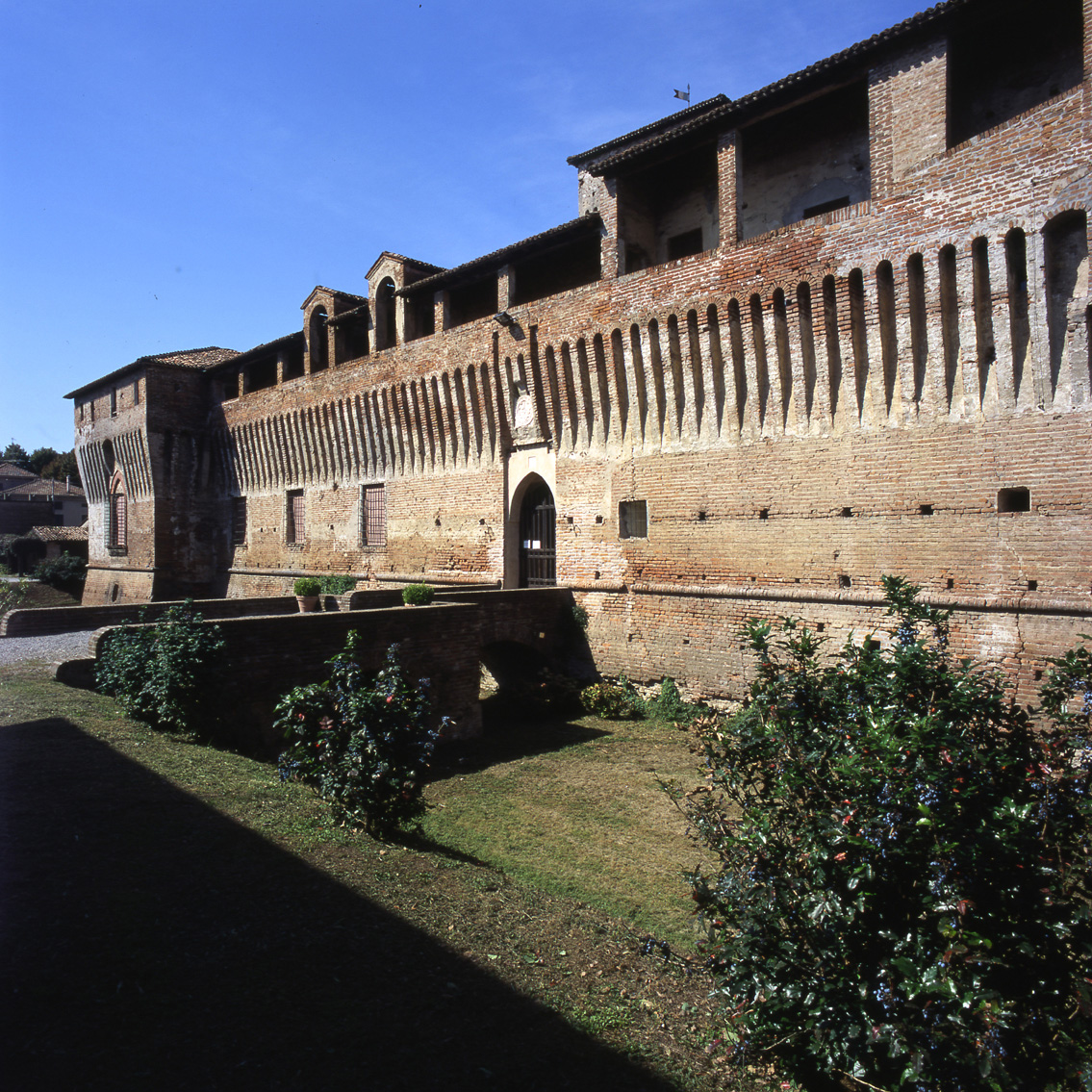 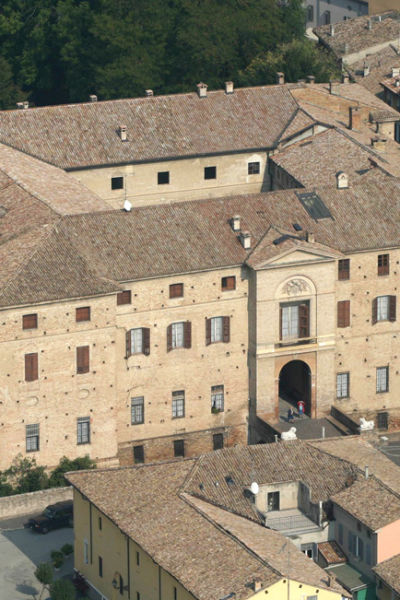 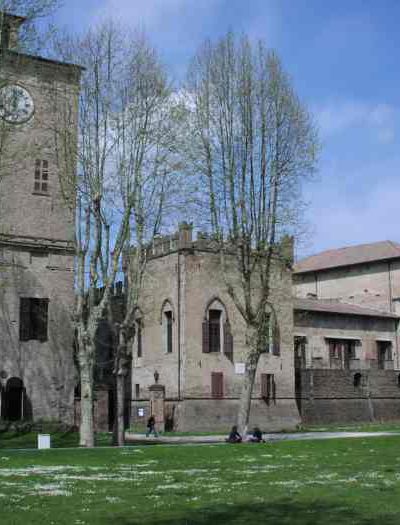 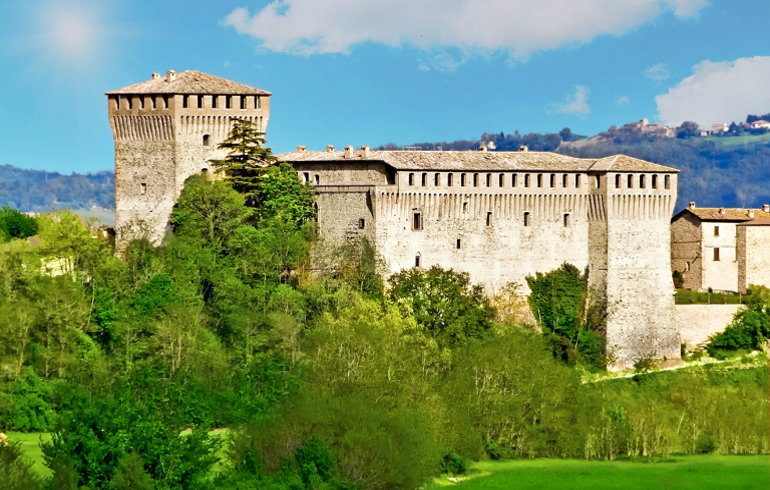 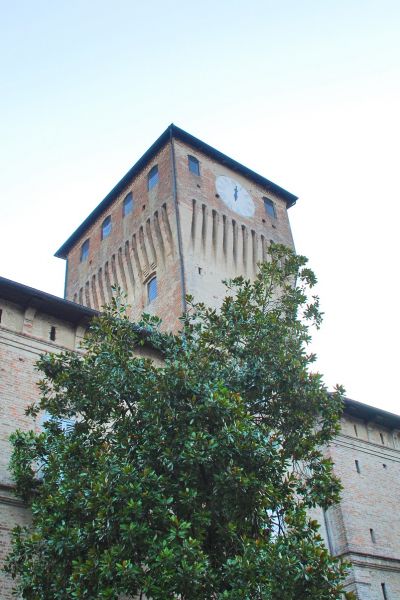