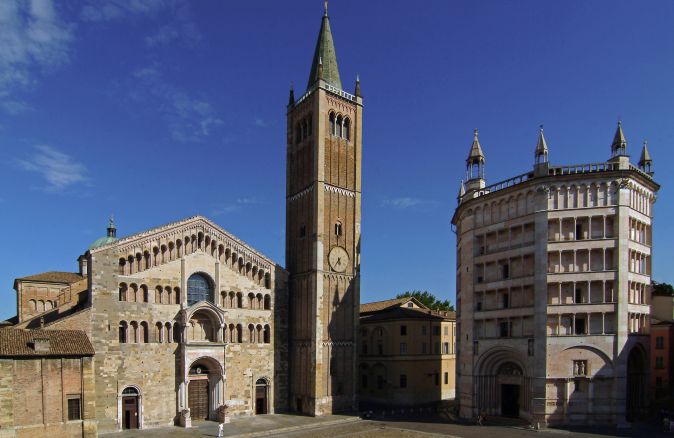 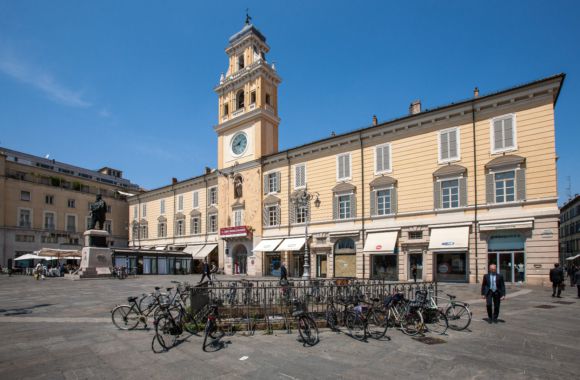 Parma is a city known all over the world for its gastronomic products, attracting visitors with flavors and holding them with the beauty of its architectural treasures and museums. We suggest you the most fascinating and unforgettable spots, to be sure not to miss the top five, five key points of our heritage that you absolutely need to visit.

The places of Correggio
The amazing painter left in Parma the most beautiful testimonies of his genius.
The Chamber of the Saint Paul monastery, the domes of the Cathedral and Church of Saint John the Evangelist, the paintings at the National gallery.

The Romanesque places
Piazza Duomo is a gem nestled among historical palaces. Certainly to visit, beside the Cathedral of course, is the Baptistery by Benedetto Antelami.

The Farnese heritage
The Farnese family, that reigned on the Duchy of Parma and Piacenza from 1545 to 1731, leaves in Parma a significative testimony: the Pilotta palace with the National gallery and the Farnese theatre and the Ducal palace, located in the monumental Ducal park.

Maria Luigia
The Duchess Maria Luigia, second wife of Napoleon Bonaparte, arrived in Parma in 1816 and lived until her death in 1847, leaving a legacy that is still alive today. From the palaces, bridges, the Villetta monumental cemetery, the hospital and the Regio theatre, to the Violet, flower and perfume that she loved so much it became symbol of the city.
To Maria Luigia and the Duchy is dedicated the marvelous Glauco Lombardi museum.

The Music
The Maestro Giuseppe Verdi was born not far from Parma, Arturo Toscanini was born in the heart of the historical center, Niccolò Paganini lived and worked here and he’s resting in the local Villetta cemetery. Music is therefore a queen in town, starting from the Regio theatre with its opera season and the Festival Verdi, the Birthplace and museum Arturo Toscanini and the House of Music. All places not to miss if you love the opera and lirica, maybe also attending a performance.