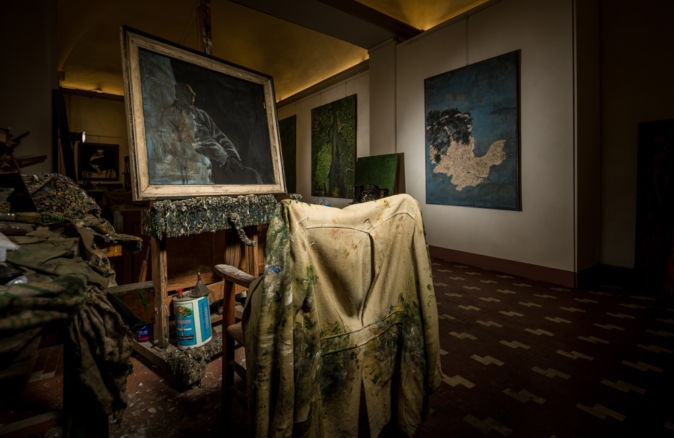 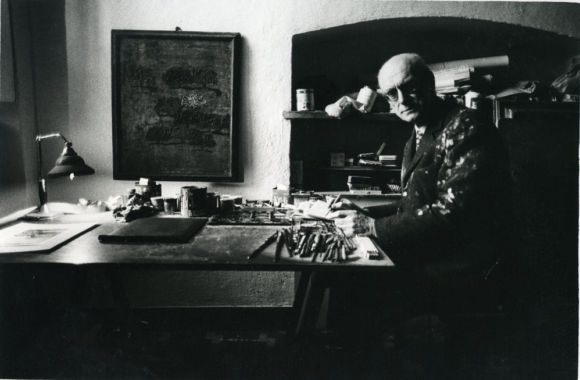 at the ground floor of the 17th century Smeraldi palace, in the heart of Parma, everything is exactly as on the 12th of July 1994. The paint tubes open, the oils a little diluted, the white linen jacket soaked with a thousand colors, hanging beside the easel, a cigarette butt and the papers just sketched.

The Foundation Carlo Mattioli, that has been curing and promoting the work of the Maestro since his death with exhibitions and publications, wanted to preserve everything as it was and where it was, in respect of a great European painter of the 20th century.
Now, after twenty years from his death, those huge rooms vibrating with memories, a real sanctuary of art and creation, find that vital spirit that filled them during the Maestro’s work. Many men of culture passed by this studio, writers, poets, film directors, photographers, journalists, historians  and art critics, attracted by the charisma of this solitary artist from Parma.

The Foundation also provided for cataloguing besides his works, the precious documentary material preserved in the studio, without losing anything, in case acquiring from the market works that were held to be necessary to testify  the artistic growth of Mattioli.
Thousands of papers and documents, the books, drawings and oils have been photographed and studied to be eventually displayed in the order that the Maestro had chosen, to complete one of the most complete archives among the ones of the greatest artists of the 20th century.

These rooms are open to the public for the first time, not as a museum but preserved in the spirit and original appearance.
The space where the Maestro used to work will become a place of storytelling, meeting and debate open to all the arts, with cultural events. 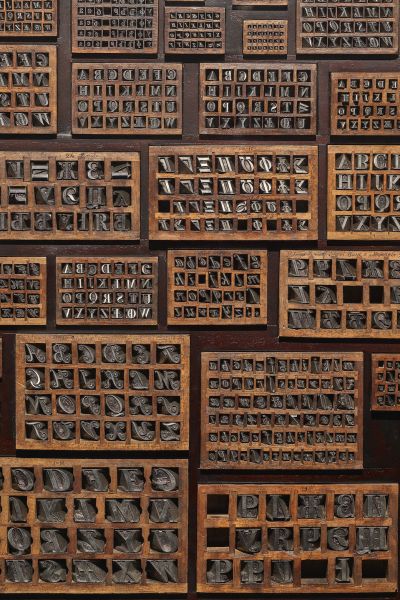