You are here! » Home » Discover Parma » What to see » Museums » Museums in the Pilotta palace

After the last ministerial dispositons of February 19, 2021 the Museum is temporarily closed.

Starting from Tuesday 2 February 2021, open from Monday to Friday from 10.30 am to 6.30 pm (last entrance at 6pm)
Closing day: Saturday and Sunday, as indicated in the last DPCM. For the opening times on festivities please check directly with the Gallery. The Archeological Museum is temporarily closed for restauration works until new update.

For further information on the access measures to the museum and the methods envisaged, visit the website: www.complessopilotta.it 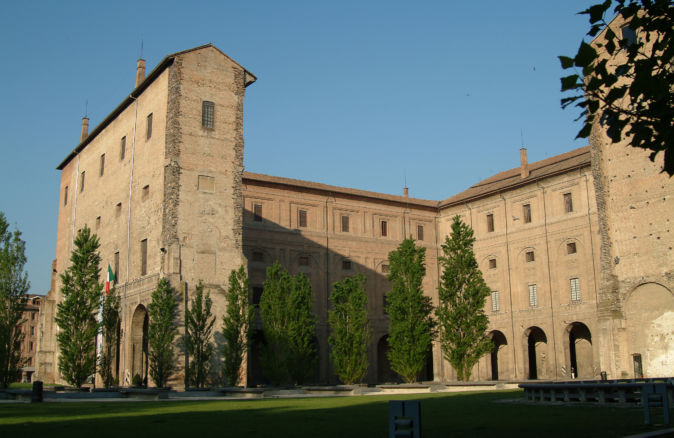 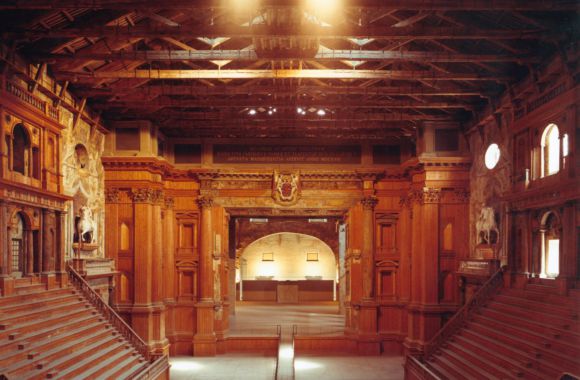 the Pilotta palace, huge palace symbol of the power of Farnese, is nowadays a unique Monumental complex.
The Archaeological Museum, the National gallery, the Farnese theatre and the Palatina Library, united by an ancient history, with collections rich in small and great treasures, and then separated in time, they now find their unity, giving life to a cultural and scientific center that opens up to a new dialogue with the citizens.

Unique ticket and opening times for the following places:

National gallery
Started by the Dukes of Parma, Don Philip and Don Ferdinand of Bourbon, it was subsequently enriched by the acquisitions made by Marie Louise of Austria, thereby originating the important collections of the picture gallery. The collections currently include works from the 13th to the 19th centuries, by several schools and masters. Works by the Emilian school of the 15th and 16th centuries are particularly important (Correggio, Parmigianino, Cristoforo Caselli, Alessandro Araldi); the Italian Mannerist school (Bronzino, Domenichino, Tintoretto); the Emilian and Flemish schools of painting from 15th to  17th centuries (Annibale and Lodovico Carracci, Schedoni, Lanfranco); the Emilian school of painting of the 17th and 18th century (Guercino, Cignani, G. M. Crespi); Neapolitan 18th century painting; Venetian 18th century painting (Tiepolo, Pittoni, Canaletto, Bellotto); French 18th century painting; Parmesan painters of the 19th century (Borghesi, Carmignani, Boccaccio, Barilli).Among the most noticeable pictures in the Gallery are  the Head of a Young Girl, attributed to Leonardo da Vinci,  the Portrait of Erasmus of Rotterdam by Hans Holbein the Younger and the Madonna della scodella and Madonna di San Girolamo by Correggio.

Farnese theatre
The theatre Farnese, one of the most beautiful historical theatres in Italy, was built between 1618 and 1619 at the order of Ranuccio I with the aim to pay homage to Cosimo II de Medici, who had planned to stop in Parma during a journey towards Milan.
The journey never took place and the theatre, built in the former arms room of Pilotta palace, was only opened in 1628 for the wedding of Margherita de Medici and Duke Odoardo Farnese, with mythological and allegorical performances and a spectacular naumachia.G.B. Aleotti, the architect, based his design on Palladio’s theatre Olimpico in Vicenza: horseshoe shaped stalls are surrounded by two tiers of loggias with Palladian windows, the lower row Doric and the upper one Ionic, topped by a balconied gallery. The stage was equipped with an innovative system of movable scenery and gallerie, the first example of such stage machinery in the history of italian theatres. Special effects were used to recreate land and sea not only on the stage but also in the huge auditorium. A Corinthian proscenium is decorated by the Duke’s coat of arms and an inscription dedicated to Bellona and the Muses.The theatre, built out of wood, plaster, straw and scraps of fabric, fell into a state of disrepair after the last performance in 1732 and was almost completely destroyed by Allied bombing in 1944. It was rebuilt in 1950 using the same materials.

National archaeological museum
the Ducal museum of antiquities was founded in Parma in 1760 by Don Philip of Bourbon in order to preserve the finds from excavations carried out at Veleia, a small Roman town on the Apennines near Piacenza. The Tabula Alimentaria of Emperor Trajan, containing directions for the maintenance of poor children, had been discovered there by chance and is still exhibited in the museum.  During the French rule, at the beginning of the 19th century, it was stripped of its most prestigious items, which were to be returned only after the Congress of Wien. Under Marie Louise, the collections were extended thanks to important purchases. Since the Unity of Italy, it has also housed a study and research center in the field of Paleontology.
The collections are currently displayed on two floors: the first floor houses the finds from Veleja as well as the non-local Greek, Roman and Etruscan sculptures, ceramics, glassware and coins; the ground floor houses the pre and protohistoric sections and the one concerning Parma and the surrounding area in the Roman period. A room on the first floor is dedicated to the Egyptian collection, including a limestone fragments of the Tomb of Amenemone from Menphis (1405-1370 BC). 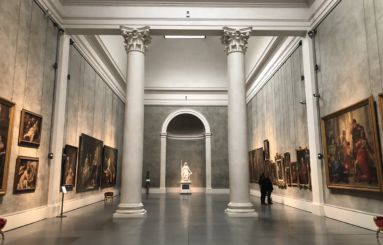 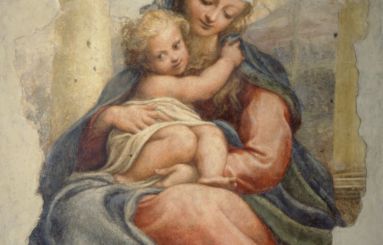 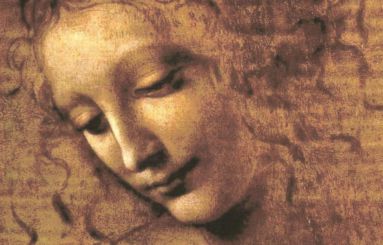 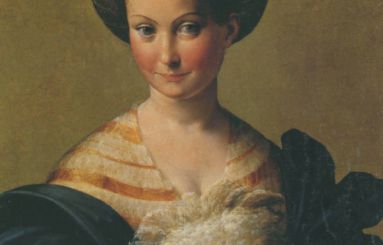 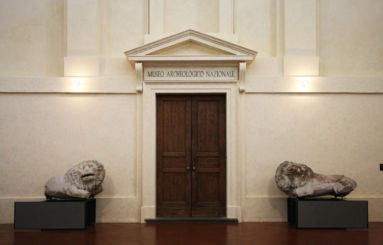 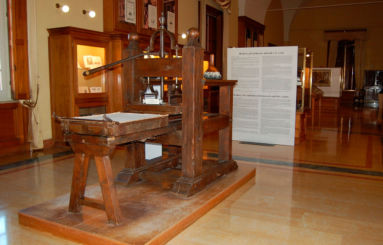 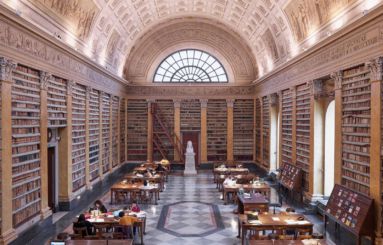