You are here! » Home » Discover Parma » Leisure » Nightlife » Cinemas and Theatres in Parma

Cinemas and Theatres in Parma 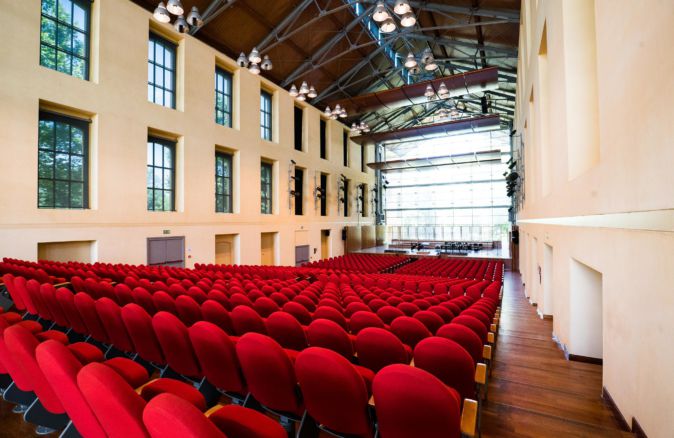 Cinema Astra d’essai
Piazzale Volta, 3
Phone: +39 0521960554
www.cinema-astra.it – info@cinema-astra.it
Art-house films, events and conferences with directors are the heart of this cinema programming.
Please contact the cinema to receive a newsletter about the films of the week and special events.
422 seats, 322 in the stalls and 100 in the gallery, parking and Summer open air cinema.

The Space cinema Parma campus
Largo Sergio Leone, 7/a
Phone: +39 892111
www.thespacecinema.it
The biggest multiplex cinemas of the region Emilia Romagna, with 12 screens (with different capacities between 520 and 110 seats) and a total of 2516 seats.
In the building there are also a bookstore and two restaurants, a lounge bar and a food and bevarage area for the cinemas.

Anfiteatro William Shakespeare
Shakespeare square is a new structure (indipendent but linked to the Teatro Due), composed by the cavea and the stage, dressing rooms and technical spaces.
Under the cavea will be realized commercial places always linked to the theatre.

Fondazione Teatro Due, stabile di Parma e Reggio Emilia
Viale Basetti, 12/A
Phone: +39 0521230242 (ticket office)
www.teatrodue.org – biglietteria@teatrodue.org
Since the beginning of the century, this building has changed many times according to its different uses.
In 1985 it was refurbished and became a space with a movable structure and four theatres of different sizes.
The modern structure is made up of: a large space with 380 seats in the stalls and 120 in the circle; a smaller space with 100 seats is used for exhibitions; the Bignardi space also used for exhibitions, can offer a maximum of 150 seats; the Spazio piccolo, used for workshops and meetings, has a total of 80 seats and there is also a coffee-bar in the foyer of the theatre.

Nuovo Teatro Pezzani
Borgo S.Domenico, 7/A
Phone: +39 0521200241
www.nuovoteatropezzani.it – info@nuovoteatropezzani.it
The Nuovo Teatro Pezzani opened in the 50s in the heart of Oltretorrente.
It has been renovated in 1991, and it is now accessible for disabled people.
It has 493 seats, a bar service, a cloakroom, a smoking room and computerized box-office.
The Nuovo Teatro Pezzani offers every year a season of plays ranging from important classics to contemporary dramaturgy, with national or local theatre companies such as  the Compagnia dei Borghi, founded here in 1994.

Teatro al Parco e delle Briciole
Parco Ducale, 1
Phone: +39 0521989430 (biglietteria) – 0521992044
www.solaresdellearti.it/teatrodellebriciole – biglietteriabriciole@solaresdellearti.it
The Teatro delle Briciole was founded in Reggio Emilia in 1976, where it organized eight editions of the Micro Macro International Festival.
In 1979 it moved to Parma and in 1981 it established the first centre of production and research of theatre for kids in Italy. In 1987 it moved to the present seat in the Ducal Park.
The Teatro al Parco offers seasons for both adults and children and it promotes international meetings and festivals such as Vetrina Europa, the only one dedicated to the theatre for kids or Uni-Tea, a training in collaboration with the sociology department of Parma University.

Teatro del Cerchio
Strada Pini, 16/A
Phone: +39 335490376
www.teatrodelcerchio.it – info@teatrodelcerchio.it
The Teatro del Tempo, created and directed by Luca Ambanelli (1938-2008), debuted at the Festival of Todi on August 25 in the year 1992 and in October 1998 found its home in a restored space that experts dated back presumibly to the little theatre of Santa Maria in Taschieri (1614). Its hallmarks are an Elizabethan style balcony, the predominant colour red and a stage decorated with figures designed by Emanuele Luzzati, while the choice of performance has always been oriented towards young and local companies, as well as important guests from the national scene.

Teatro del Tempo
Borgo Cocconi, 2/A
Phone: +39 0521386553 – 3403802940
www.teatrodeltempo.it – teatrodeltempo@libero.it
A venue not only for theatre seasons dedicated both to adults and kids but also for workshops and research.

Teatro europa
Via Oradour, 14
Phone: +39 0521243377
www.europateatri.it – europateatri.pr@gmail.com
The Europa theatre sprang up in 1997 from the merging of two theatre companies, Il Teatro dello spillo and Il Teatro Piccole Stelle, two different groups joined by the common interest in research and experimentation of different theatrical languages.
The Europa theatre not only organizes stage settings but also seminaries and laboratories for groups of different ages: mATERIE pRIME 2009 – 2010, six courses from the first level to the advanced; duration six month once a week. There is also a course for children from 7 to 10 years old.

Teatro Lenz
Via Pasubio, 3/E
Phone: +39 0521270141
www.lenzfondazione.it – info@lenzfondazione.it
The Teatro Lenz, founded in 1988 in the outskirts of Parma, is famous for its versatility and theatrical experimentations, but especially for the research and the intensive work with physically and mentally disabled people.
The theatre is located in an industrial space of about 1000 square metres.
The structure is divided into two theatrical spaces, an entrance, an office area, little archives room, two changing rooms, staging laboratory, makeup room, four bathrooms including one for disabled people, store, lift, three rows of stairs to get in and three emergency exits.
The Teatro Lenz, besides the season of plays, organises a lot of courses and workshops: for mentally and phisically disabled actors, workshop Teatro dei Grigi for elderly people, for University students, kids between 14 and 18. 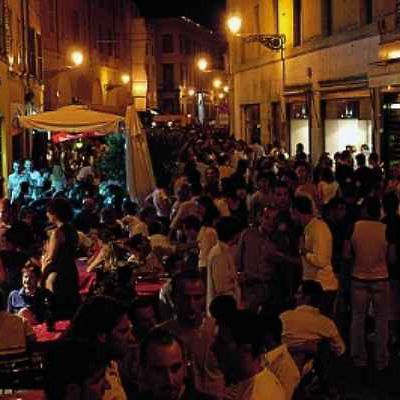 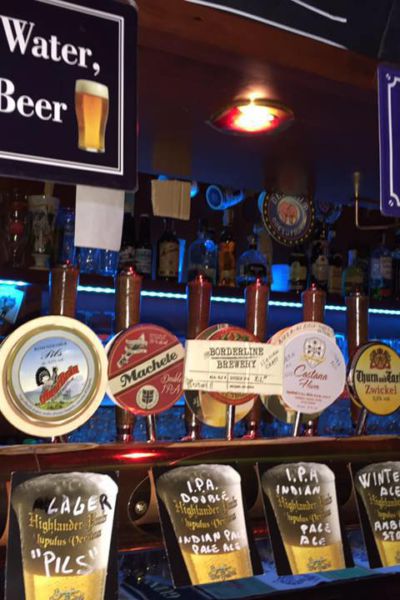