You are here! » Home » Exhibitions » The House of the Farmer

The House of the Farmer 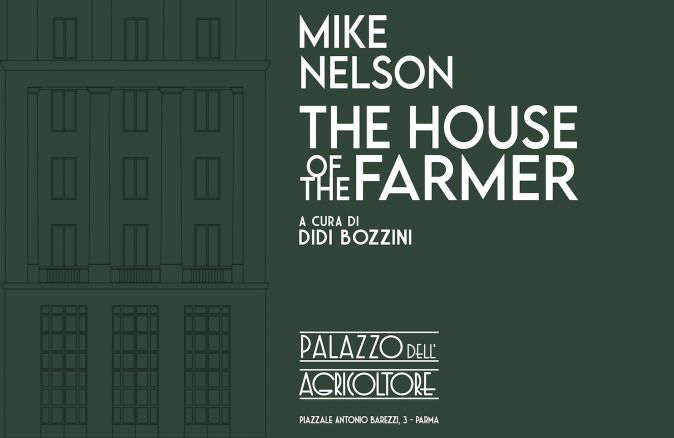 The House of the Farmer, a new work by British artist Mike Nelson, curated by Didi Bozzini, from 24 September 2021 at Palazzo dell’Agricoltore, Parma.

The project conceived by Mike Nelson for the Palazzo dell’Agricoltore in Parma, will occupy the five floors of the building located in the heart of the Emilian city. The work will be monumental and will draw on the visceral and poetic power of the palace and the materials that will inhabit its halls.

Curated by Didi Bozzini, the exhibition has its origin in the history of the building, reflecting on the political, economic and social role it has played over 82 years since its construction in 1939. The building history is reflected in its name — Palazzo dell’Agricoltore — and by the title of the exhibition, The House of the Farmer.

The palace was the seat of the corporation that organised and facilitated agricultural activities under the Fascist government. One could say that this was a place where the work of humankind within nature was transformed into an exercise of cultural and political power. The installation by Nelson leads the visitor through the entire space to allow one to imagine the building as a sculpture in itself: the staircase and the imposing and repetitive floorpan — typical of such bureaucratic buildings — are interspersed with Nelson’s interventions. These natural materials are taken from cleared land, its size proportionate to the palazzo. This wild landscape in the rural region surrounding the city has been cleared of materials that make the practice of agriculture more difficult: rocks, tree trunks, branches and roots, and even the entire side of a hill has been moved inside the building to become integral to its structure, as if part of its architecture. This network of visual traces is evocative but not descriptive, and attempts to provide a mental and material path in memory between reflection and fantasy, between nature and culture.

“There is something very visceral about the ‘clearing’ of a space” says Mike Nelson. The objects take on a particular urgency or importance that had lied dormant hitherto. The ripping and taking from the countryside could be seen, or felt, as a brutal gesture somewhat in keeping with the building’s relationship to a totalitarian past. It could also be a reminder of the dehumanisation of agriculture by mechanisation through the 20th century and the environmental ills that have come along with that. The bringing back of these natural forms, ostracised because of their obstruction of agriculture seems strangely poignant in such a building. Artistically the natural forms framed against the severe and brutal lines of the building’s architecture will compliment; the marble veneers and floors will gaze upon and support their unruly relatives — the rocks strewn across the floor. Whilst the heavy wooden doors will act as guards to the twisted boughs and roots of trees”.

With The House of the Farmer — which Didi Bozzini views as a “promenade” through a work which must be explored in its entirety in order to be understood — a new era begins for the Palazzo, focusing on acceptance, empathy and culture. Regenerative values that, with the exhibition by Mike Nelson, take root in Parma and that today — at the dawn of a restyling process that by 2023 will lead to the transformation of the building into a “Regenerative Hotel”, a real driving force for the city and the region capable of catalysing people, culture, craftsmanship, positive values and socialization around a new experiential concept — bring Nature back into the Palazzo dell’Agricoltore.

With thanks to Galleria Franco Noero in Turin which represents Mike Nelson in Italy for their kind collaboration in the achievement of the exhibition. 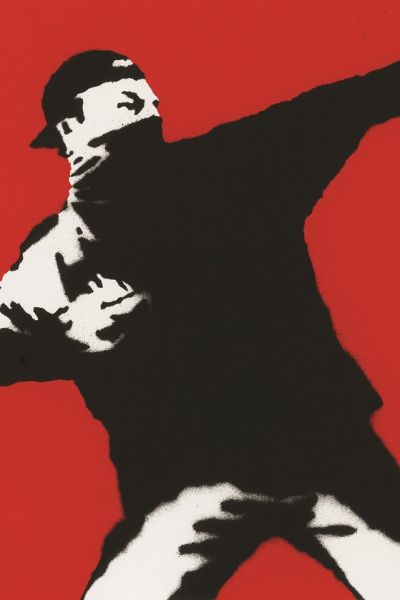 Banksy. Building castles in the sky 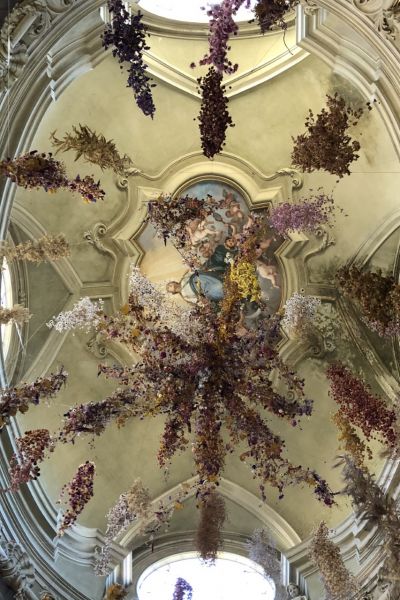 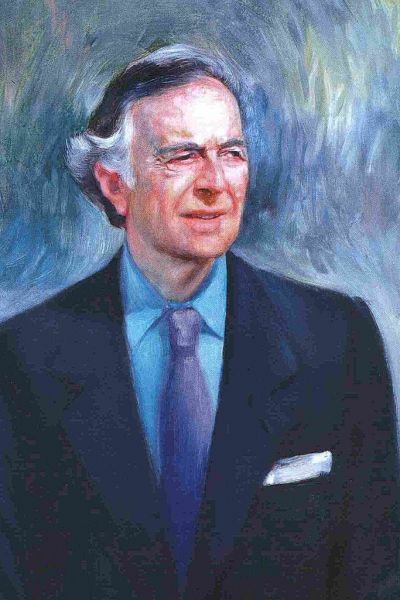 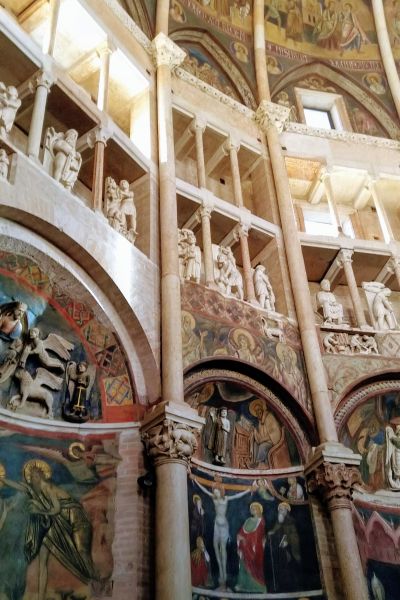