You are here! » Home » Exhibitions » The porcelain of the Dukes of Parma. Masterpieces of the great European manufacturers of the 18th century

The porcelain of the Dukes of Parma. Masterpieces of the great European manufacturers of the 18th century

Hours: From May 15 to September 19: open from Tuesday to Friday from 10am to 1pm and from 3pm to 8pm (las entrance at 5pm). Saturday,Sunday and festivities from 10am to 7pm (last entrance at 6pm). Closed on Monday 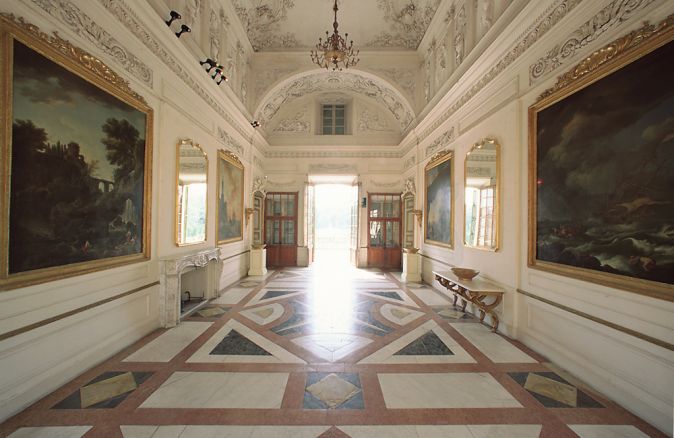 From the Quirinale and other locations, the porcelain of Meissen, Sèvres, Vincennes, Chantilly, and Doccia, treasures of the Dukes of Parma, return to the Royal Palace.

Other, and equally precious porcelain from the manufactories of Meissen, Sèvres, Vincennes, Chantilly, Doccia, and Capodimonte, always belonging to what was the ducal heritage, will return “home” from the Uffizi Galleries, from the Museum of the Medici Villa of Poggio di Caiano, from the Royal Museums of Turin, accompanied by documents granted by the State Archives.

Gathered for the first time after the dispersion of the art treasures of the Parma palaces which began in 1859, when the Duchy of Pama and Piacenza was canceled to be, the following year, incorporated into the new Kingdom of Italy. As a result of this, the heritage of what for centuries had been one of the most refined and international European courts passed to the House of Savoy. The furnishings, passing through Turin and Florence, mostly reached the Quirinale, to furnish the palace of the Savoy, then the “home” of the Presidents of the Republic.

The Dukes’ passion for porcelain was truly absolute. Luisa Elisabetta – “Babette”, as her father, Louis XV, sovereign of France called her – was literally fascinated by the exotic charm of this compact, shiny and light material, capable of giving life to objects with refined lines that helped to identify the status social status of those who owned them. On her frequent trips to Versailles she did not neglect to shop at her father’s expense both to equip her modest residence with suitable fashionable pottery and to make a gift to her husband (“cher Pippo”) who showed that he shared with her the pleasure of precious porcelain.

Thus the small Duchy acquired the best of the production of all the most prestigious European manufactures that the Duchess personally sought and commissioned, as confirmed by the numerous letters on display. In their residences, there were porcelain objects: refined table sets, coffee sets, figurines, ice cream cups and curious objects signed Meissen, Sèvres, Vincennes, Chantilly, Doccia, and Capodimonte.

The exhibition will be set up on the main floor of the Palace, following a subdivision by theme.

Alongside the porcelain, portraits, letters and documents relating to the purchases of the Duchess and Prime Minister François Guillaume Leon Du Tillot, furniture and furnishings designs designed by Ennemond Alexandre Petitot, plans of the ducal palace of Colorno, books, and party engravings will be on display and wedding of the Dukes of Parma, but also the cookbooks used in the kitchens of the eighteenth century.